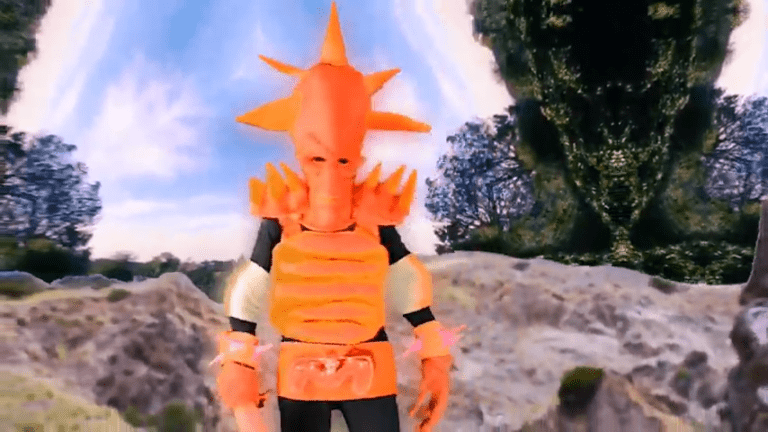 Frankie and the Witch Fingers: “Cavehead”

To announce the release of their next album, the crazed California band Frankie and the Witch Fingers are back with a single on Greenway Records (Moonwalks, L.A. Witch, Stonefield) and at the same time, they’ve put out a video for the A side, “Cavehead”. The track, which retains the same playful frenzy of the previous album ZAM, mixes Talking Heads’ frenzied percussion with guitar riffs in the garage style of the Oh Sees or King Gizzard. The clip features a primitive man who tastes everything he can get his hands on, relying solely on his survival instincts, with great humour. He discovers by chance some food a little different from the others: hallucinogenic mushrooms. Propelled into the fourth dimension, the caveman awakens in a mysterious, colourful parallel world where spirits lift the veil on a hitherto well-kept secret: that of being aware of his own mortality. The video deliriously illustrates a controversial theory by ethnobotanist Terence McKenna on the origin of human consciousness. According to him, the psilocybin molecule has had an impact on the evolution of the human brain, such as the development of language and visual thinking. For the moment impossible to verify, this theory is resurfacing at the same time as the revival of research into the therapeutic potential of psychedelic molecules.