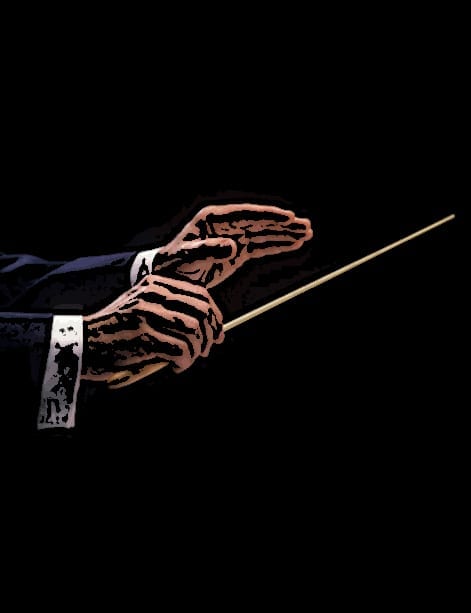 Cancellation, postponement, de-quarantining, a possible second wave… What will autumn look like? How to reconcile concerts and social distancing? In our new dossier series, we’ve asked the artistic directors of Quebec classical ensembles and orchestras a few questions, to get a sense of what’s in the works. Sixth subject in our series: Alain Trudel, conductor and artistic director of l’Orchestre Symphonique de Laval.

Principal conductor and artistic director of the Orchestre Symphonique de Laval since 2006, Alain Trudel is a positive person, ready to take up the challenge of the pandemic.

“It is indeed a big challenge,” he says at the outset. “You could call it a problem. But somehow, we have to turn it into an opportunity to improve in certain areas, to question ourselves…”

As an instrumentalist himself, the conductor is aware that the situation is dramatic for the musicians of the ensemble.

“We had a few meetings, including one where we were about 50 on Zoom, so that everyone could ask questions and come up with ideas.”

Despite these efforts, Trudel doesn’t think that, in Quebec, we’re going to be back in concert halls in September.

“Maybe I’m wrong, but I didn’t bet on that. I did, however, bet on the importance of remaining present for the public and really preparing accordingly.”

Indeed, the OSL has long maintained a special relationship with its audience and its community. “We have to manage this rather thankless situation, since the orchestra is sometimes in the area, sometimes not.”

In order to compensate for the cancellation of the summer and autumn concerts, the conductor is not short of ideas.

“Necessity is the mother of invention, as they say. There is a need to communicate and protect a certain culture. We will continue to play live, but also to maintain a presence on different platforms. I would like to do one-hour programs where we’ll talk about music. I will have a host with me, and the orchestra will play a number of excerpts from different styles, including choices made by our audience, who will have chosen works that touch them. We will also have chamber-music groups playing throughout the city and several studio events, including personal projects submitted by OSL musicians.”

With the distancing measures issued by public health officials, is a classical indoor concert viable?

“I play the trombone,” replies Trudel, “I’ve done full concerts of Gabrieli’s music where we played from one end of a church to the other. In general, in brass ensembles, you keep a distance of one to two metres between musicians. But it’s true that in the orchestra, with the many strings, it’s more complicated. You have to adapt, though, and with a good listen, it’s quite possible.”

Trudel is also musical director of the Toledo Symphony in Ohio. Is there a difference between the two organizations?

“We couldn’t be more different! Toledo is already planning indoor concerts for next September. It has to be said that in the United States, they don’t have a culture of government support at all levels, so it’s in their mentality to want to get back to work as soon as possible. Otherwise, it’s bankruptcy. That certainly puts me in a strange situation, as it does other colleagues working in the United States.”

Whether before, during or after this period of quarantine, Trudel seeks relevance. He has always tried to define the role that an orchestra should play within its community.

“People are starting to go back to the roots of classical music, because it gives us comfort. For example, when the restaurants closed, people started to cook at home again, to realize how long it takes to prepare a meal, to be together, to talk about it. Listening to music takes time, you have to be available.”

How does he see the future?

“I think the form of the concert will change, and adapt to a new reality. An orchestra is like a big boat, it takes a sustained effort to make things happen. But once it’s launched, you’re going to have to keep that energy, even when the problems fade away. It’s not just in times of crisis that you have to move.”